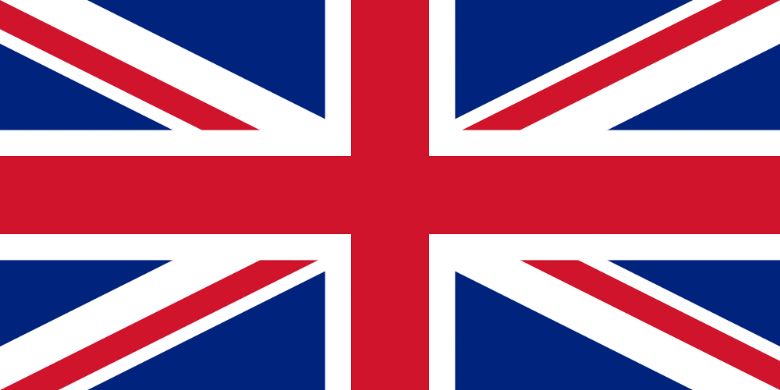 At Wittersham, modern British Values are a key part of our curriculum and learning. As part of this, learning promotes the fundamental British values of democracy, the rule of law, individual liberty, and mutual respect and tolerance of those with different faiths and beliefs.

In 2011, the Government defined British Values as:

Democracy, The Rule of Law, Individual Liberty, Mutual Respect, Tolerance of those of different faiths and beliefs.

Our learning enables pupils to;

We aim to do this in a way that primary-aged children can understand and empathise with. For example in electing our school council, we actively experience democracy by individually voting for our Headboy,Headgirl and House Captains.

House Captains and School Council representatives are elected each year by fellow pupils. The School Council meets regularly to discuss issues and school improvements. The House Captains represent their houses, organise events and act as role models. An annual questionnaire allows all pupils to put forward their views about the school. Democracy is also promoted through additional PHSE lessons and assemblies.

The Rule of Law

Pupils are taught from an early age the rules of the school, and the importance of laws which govern the class, the school and the country.

We have high expectations about how pupils should conduct themselves at all times. This is reflected in the school’s Behaviour Policy.

In Oxney Class; when studying the Rule of Law, a parent lent robes to enhance their knowledge on the British Legal System. 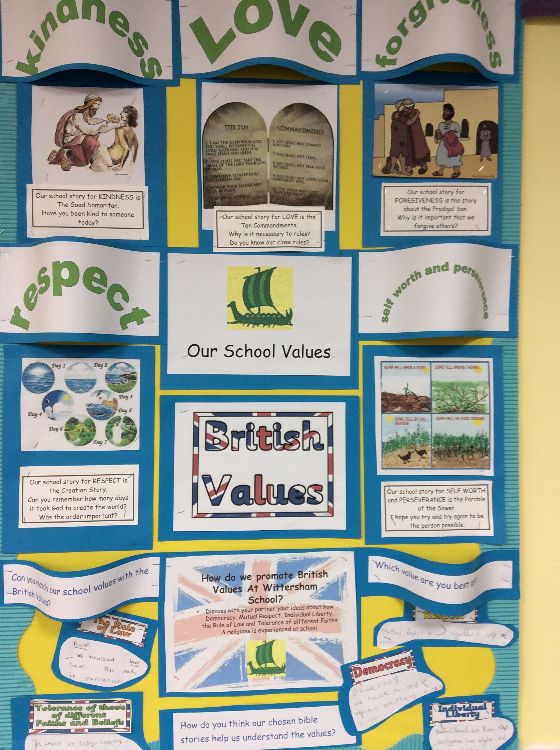 Pupils are actively encouraged to make choices, knowing that they are in a safe and supportive environment. Children are taught how to keep themselves safe, with great emphasis put on the digital environment. This is taught through e-safety and PSHE lessons.

Mutual Respect is at the heart of our school values. Our school ethos and behaviour policy, are based around core Christian Values, such

as ‘respect’ and ‘responsibility’. Children learn that their behaviour affects their own rights, as well as those of others. All members of the school community treat each other with respect. Children are taught to respect each other, also to be cooperative and collaborative.

Tolerance of those of different faiths and beliefs.

The school actively promotes cultural diversity, whilst developing an openness towards other faiths across the globe. Religious Education and PHSE lessons, reinforce messages of tolerance and respect for others. 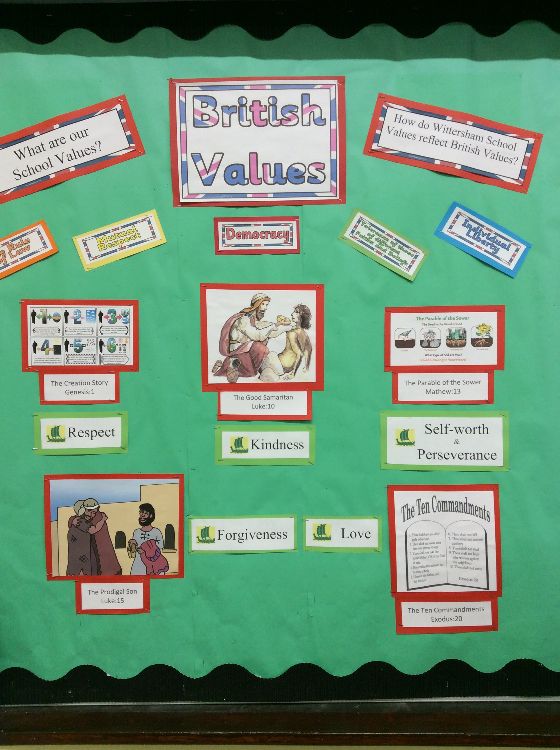